Reaching Across The Aisle In a congressional district drawn specifically to virtually assure Republican dominance, Joe Cunningham concocted the perfect recipe for victory, combining his youth, his message of Lowcountry over party affiliation, his opposition to drilling for oil off the Carolina coast and his disdain for special-interest groups to become the first Democrat to … END_OF_DOCUMENT_TOKEN_TO_BE_REPLACED 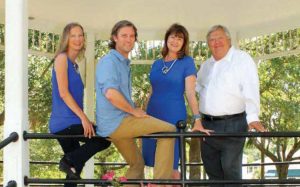 It was obvious when the votes were counted that the residents of Sullivan’s Island had decided to take the town’s government in a new direction. None of the four winners have served before on the Town Council, while both incumbents were denied another term.Though Sarah Church, Mark Howard, Rita Langley and Bachman Smith IV all are new to the Council, none of them are entering … END_OF_DOCUMENT_TOKEN_TO_BE_REPLACED